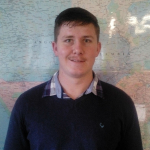 The cost of trade has generally been seen as an inhibiting factor of intra-regional trade in Africa. Considering the export characteristics of South Africa, one of the continent’s largest exporters both regionally and internationally, and the costs it faces in exporting to the region, the challenges related to prohibitive trading costs becomes apparent.

Of the top 10 exporting markets for South Africa in 2014, 37% of South African exports went to Asian countries (China and Japan), 26% to SADC countries (Botswana, Namibia and Mozambique), 24% to EU countries (Germany, United Kingdom and Netherlands) and 14% to the United States. A key reason for South Africa not exporting more to neighbouring countries is that trading costs into Africa is relatively high. Goods are generally exported to markets where the profit margins are the highest and where economies of scale plays the biggest role. Through eliminating transport costs, profits can be maximised. While South Africa’s exports are currently dominated by far-off markets, trading distances to countries throughout the region are significantly smaller, and should at least in theory be more cost-effective.

Using the average prices given for transporting a 20 foot refrigerated full load container of agricultural products via road transport by World Freight Rates and dividing that by the distance covered for each specific consignment it is clear that transport cost in the SADC region is very high compared to other regions in the world. The table below illustrates the different average price per kilometre asked to transport a 20ft refrigerated container in different regions in the world.

South Africa is a part of the Southern Africa Development Community (SADC). One of the aims of SADC is to increase regional integration through promoting trade among its member states. However, there remains a shortage of evidence on the impact mechanisms designed to enhance regional integration and trade has on product market integration and trade promotion in Africa. As a key consideration to enhance market integration, transport costs need to be lowered and other market rigidities that hamper the flow of goods, regulatory barriers and inefficient border controls needs to be depressed. More integrated product markets are expected to experience higher volumes of bilateral trade, stronger competition and greater convergence in relative prices[2].

While transport costs across the region is inhibiting intra-regional trade, trade policies in SADC also at times acts as a barrier to trade. While logistical and infrastructure challenges increase the costs of trading, regulatory barriers such as tariffs and non-tariff barriers can also inhibit trade. While the SADC Secretariat has enacted a number of Protocols and treaties aimed at promoting regional integration on a policy level, implementing such measures at a member state level is essential. For example, a harmonised bureau of standards across the SADC-region (and implemented at national level) can be implemented so that regulatory barriers can be breached, and the problem of excessive document-costs and unexploited time is addressed. Harmonisation of SADC systems will also help synchronisation of custom-documents so that all SADC countries can trade more efficiently and excessive time loss at border controls can be improved.

Jandre Conradie recently joined Imani’s Cape Town office for an internship as part of his Honours degree in International Trade at the North-West University. His interests include analysing economies on a trade level, developing economics and creating solutions for ineffective trade between Southern African countries. He is planning to do his Master’s thesis on “how raising or lowering tariffs on importing products can be can be used as an instruments for creating welfare in developing countries.

[1] Arvis, J; Oliver, J; Shepherd, B. Why Is Trade More Costly For Poor Countries? A New Database Gives Us Some Answers. The World Bank – the trade post.