In many of the border communities across Africa, small scale cross border trade provides business and employment opportunities and contributes to food security, allowing millions of people to have access to lower-cost goods and services unavailable domestically. However, policy makers and governments have put much more emphasis on reducing barriers to trade without proportionally lowering those to the movement of people. COMESA has successfully developed policies and mechanisms to facilitate cross border trade, particularly for smaller scale traders, such as the Simplified Trade Regime (STR), the Passenger and Cargo Manifest System (PCMS), COMESA Trade Information Desks (TIDs) and the COMESA Green Pass, among others.

The final review report looks at the regulatory framework for small-scale trade in goods, both in and outside the COMESA region. It discusses two of the most relevant schemes in depth, highlighting good practices and examples that could be replicated by other Member States within the region. Field-work research was undertaken at all five borders included in the COMESA Cross-Border Trade Initiative, with reports from Goma-Gisenyi, Kasumbalesa, Chirundu, and Mwami/Mchinji included. Based on information and insights gathered, recommendations are provided to complement the design and implementation of trade-mobility facilitation instruments for small-scale cross-border traders in the region. 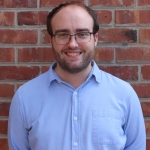 Jay Grunder is a Junior Development Consultant at Imani Development. He holds a LLM in International Trade Law, a LLB, and a Bachelor of Business Science (Economics and Law) from the University of Cape Town. His areas of specialisation include international trade and development, regional integration, and the political economy of Sub-Saharan Africa.