COMESA recently held a technical policy dialogue in Nairobi Kenya on implementation of the COMESA Simplified Trade Regime (STR) from the 8th to the 9th of October. Organized by COMESA under the 11 European Development Fund (EDF) Small Scale Cross Border Trade Initiative (SCCBTI), the meeting objective was to discuss policy and technical aspects of the STR implementation, the challenges faced and propose recommendations to develop a common understanding and approach.

The STR is a simplified procedure and documentation whose objective is to enable the small-scale cross border trader’s with products with a threshold value of $2000, to benefit from tariff preferences available under COMESA. The implementation of the STR is premised on the following; the use of simplified certificate of origin, adoption of simplified customs declaration document, common lists of goods to be traded tax-free and the threshold value of products traded under the STR.

One of the key issues discussed was the scope of the common lists. With the exception of EAC Partner States which have a common regional list, most countries have common lists that are signed bilaterally. These bilateral lists tend to limit goods traded under the STR to products produced within the neighbouring countries that are signatory to the common list. The meeting agreed to extend the scope of the common list to include goods originating from other COMESA member states. That is to say, if two countries agree to have beans in their common list of free traded goods, then beans originating from other COMESA member countries are also entitled to benefit from the STR arrangement between the two countries.

Related to the issue of common lists was a discussion on whether members should adopt a regional list as opposed to the current use of bilaterally agreed lists. It was noted that without a customs union in place, it would be very challenging to adopt and implement a regional list. Thus, members agreed to maintain the bilateral lists. However, the meeting also resolved and mandated the secretariat to undertake a study on the possibility of adopting a regional common list. Furthermore, member states were urged to have transparent and predictable annual review processes. This was suggested to avoid constant and sudden changes to the lists, which can be costly to traders. This is particularly true of changes that are aimed at taking commodities off the list, in which traders are then asked to pay taxes on goods they did not plan to pay duties on.

In the interest of increasing cross border trade and further supporting small-scale traders in the block, the Secretariat also recommended that member states consider increasing the threshold from the present $2,000 to $3,000.

It was also observed that awareness on the STR remains low among cross border traders, therefore, it was agreed that member states need to do more to increase awareness of the programme, an exercise that countries were urged to work closely with the cross-border traders associations. Last but not least, the Secretariat was also tasked to undertake a study to streamline reporting structures of the Trade Information Desk Offices (TIDOs) and ensure their institutional sustainability, which is currently hanging in the balance. 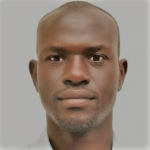 Charles Data Alemi heads up the Uganda office. Charles is an Economist with over ten years of experience in institutional capacity building, financial inclusion, regional integration and international trade. His interest lies in institutional development particularly, strengthening economic institutions and promoting private sector development. He holds a Master’s Degree in Public Administration/International Development from the Kennedy School of Government at Harvard University; an MA in International and Human Rights from the UN University for Peace, a Bachelor’s Degree with a double major in Economics and Government from Colby College and an alumni of Nordic United World College