Located in Southern Malawi, on the border of the Liwonde National Park, a community of humans and animals exist side by side. Liwonde National Park is home to a rich array of wildlife, including elephant, impala, kudu, waterbuck, buffalo, crocodile and hippopotamus. Chikolongo village is located on the Park’s western boundary, and due to its proximity represents a hotspot for potential human-wildlife conflict. According to the 2008 Malawian census, an estimated 95,000 people make this area their home, although due to Malawi’s rising population, the area’s human population has now exceeded 100,000. 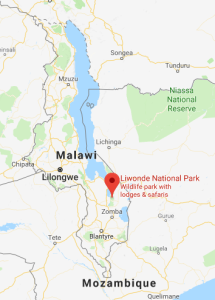 Historically, people from Chikolongo had various incentives to cross the park boundary illegally, from fetching water for domestic use, to foraging and poaching. By entering the park in this way, people take a significant risk of coming into direct contact with wild animals. In entering the park, any number of unfortunate incidents may occur: from death by crocodile attack at the river bank, to being trampled by elephant or hippo. Yet for some, the need for water proved greater than these risks, and they embark on the perilous journey regardless.

For many animals, the temptation of visiting farms outside the park often proved irresistible, with these fields supporting crops ripe with maize, garden vegetables and groundnut among other seasonal delicacies. However, this temptation frequently led to conflict between humans and animals, occasionally leading to deaths, as well as the destruction of farms and crops – the primary livelihood for many in this area. As a deterrent, people would burn tires to prevent elephants from damaging farms and homes, and snares were often used to catch smaller animals encroaching on private land. These situations were stressful and harmful to animals, and fueled further human-wildlife conflict.

In an attempt to conserve this park and its wildlife, the International Fund for Animal Welfare (IFAW) seized the opportunity to work with Liwonde National park in a manner that benefited the communities on both sides of the fence: through protecting the animals and providing alternative livelihoods for nearby communities. The first step towards reaching this goal saw collaboration between IFAW, the Department for Natural Parks and Wildlife, and GIZ to see the installation of an electrified fence along 6 km of the park’s western boundary. Following the initial installation of this fence, IFAW approached Imani Development to form a partnership agreement. Since this time, Imani have been responsible for implementation and management of alternative livelihood strategies with nearby communities. 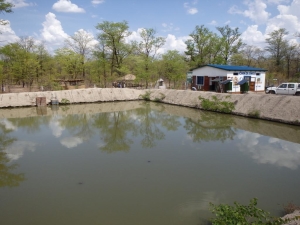 To counter the impacts of fish poaching within the park, and to supplement the community’s need for access to safe water, the project installed a motorized pump and pipeline to move water from the river, within the park, to a tap station, safely beyond the fence. Additionally, fish ponds were established as a means of growing rather than poaching a sustainable source of protein for the community. In response to community needs assessments conducted by Imani, the project site was developed further, to include: poultry houses, tree nurseries and an apiary, as well as 1 Ha of irrigated agricultural land which was designated as garden plots for community families. These allotments are managed by 24 families and enable year-round cultivation. Historically, these communities would grow maize and soybean, but now a diverse range of vegetables are grown.

Subsequently, in addition to these original farm components, further funding from IFAW, has allowed Imani to facilitate the installation of a solar pump system and pipeline serving >20 Ha of diversified agricultural land through gravity-canal irrigation and additional community taps in the land adjacent to the original scheme. Moreover, a large storehouse was built to provide an aggregation point for on-farm production as well as produce from local farmers within the community (i.e. high-quality storage facility). Imani project staff provide technical support and agricultural services to support these farmers and their community, focusing on diversifying crop production and increasing yields, as well as training to help improve access to markets, through local supply chain integration. In turn, these activities translate into higher incomes for farmer families, and ultimately, improved, more resilient livelihoods. 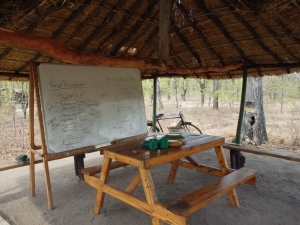 As a core component of the project’s community-driven focus, a range of additional activities are now being conducted within the community, including: veterinary services and animal husbandry training (e.g. vaccinations in partnership with veterinarians from The Ministry of Agriculture), agricultural technical training and community wood lot construction and maintenance training. Furthermore, at the request of the community, social events engage the youth through educational activities and sports.

The project is almost exclusively staffed by members of the community, supported by Imani experts, and has been influential in enhancing farming practices and incomes of people in the area – making the area and its people more food secure and resilient to shocks, including climate change. Plans for further diversification include: forestry, through tree and bamboo nurseries (i.e. woodlots for sustainable fuel / charcoal production), flowering plant plots (i.e. to improve production of apiary) and expansion of the family plot system to allow more members of the community to benefit from year-round irrigation.

The success of the project is testament to the full engagement and support of the local chiefs and wider communities. From initial inception, the Chikolongo community has rallied to contribute valuable time, resources and leadership to ensure the rollout was inclusive, sustainable and needs-driven. This success has translated into IFAW partnering with Imani in replicating learning from this model in other implementation areas across the SADC region. Furthermore, the Chikolongo Project is recognised as a best-practice approach for effective intervention in human-wildlife conflict zones: one which places animal conservation strategies and participatory community engagement at its core.

See IFAW’s video about Chikolongo below: 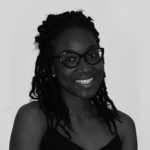 Regine Ankoma-Bempong is a former Princeton in Africa Fellow with Imani Development. Currently she is working at Ghana’s Ministry of Foreign Affairs and Regional Integration, completing her National Service. She is also a candidate for a Masters in International Relations and Development. Regine enjoys reading, drawing and thoughtful conversations.