Small-scale, often informal, cross-border trade (CBT) plays a significant role in Africa’s trade environment; informal trade represents over a third of SADC’s intra-regional trade (an estimated value of almost $18 billion per year[1]). More significant than the economic proportion of intra-regional trade that small-scale CBT represents, is its role as a primary source of sustainable livelihoods for families and individuals with few alternative options. For instance, a 2012 World Bank survey found that 50% of EAC traders interviewed were pre-literates with almost no formal employment opportunities[2]. Additionally, small-scale informal CBT also contributes significantly to food security; in 2013 approximately three million metric tons of staple food commodities were traded informally in East Africa, with maize, rice, beans, and sorghum accounting for 64% of informal staple food trade[3]. Despite this importance, it seldom receives the attention that formal and inter-regional or international trade receives from organisations and treaties that promote trade as a driver of economic development and an empowerment vehicle in Africa.

COMESA made a concerted effort to rectify this situation in 2010, when it launched a Simplified Trade Regime (STR)[4] to facilitate and help formalise small scale trade. The EAC introduced its own version (closely aligned to COMESA) shortly thereafter. Imani Development recently started working closely with the Secretariat (supported by GIZ) to develop a comprehensive framework for a SADC STR. Whilst SADC’s initial reception to the STR was not as speedy as that of COMESA or the EAC, they have made significant progress since, and are now championing its implementation in the region. Following extensive consultations and border visits, a workshop with Member States was held in September to validate the findings. The final report – which sets out the proposed legal approach for a SADC STR – has now been accepted.

This is an important first step. Of course, the proposed approach will have to be adequately implemented to bear fruit; poor implementation could result in a lack of buy-in from Member States, particularly those who are not overly receptive to the concept, but could also alienate informal traders keen on formalising. Additionally, the experience in COMESA has shown that the STR in itself is not enough for small scale traders to see the benefits of crossing formally compared to using bush or panya routes. Our ground-breaking work in Rwanda[5] has clearly shown that a holistic approach is required. We have also learnt many lessons from working with traders at border posts in Botswana, Burundi, DRC, Kenya, Malawi, South Sudan, Tanzania, Uganda, Zambia, and Zimbabwe in recent years. Building on these lessons we developed a Roadmap of actions for SADC to ensure the STR is not “another piece of paper”. We need the STR to be a cornerstone for grassroots-driven regional integration.

Insights into Effective Implementation of the STR

Firstly, it is important to be acutely aware that the movement of goods cannot be separated from the movement of traders when it comes to informal trade. This must be accommodated in agreements and protocols relating to services and the movement people.

Ensuring the goods traded are safe is still a challenge under the STR. Stakeholders need to explore a more appropriate approach to standards compliance (technical regulations and SPS) for small scale trade which does not compromise human, animal, or plant health.

Additionally, traders need complementary support in terms of access to information and compliance with the formalities of trade. Authorities will have to institutionalise Trade Information Desks at key borders to make the STR work. Related to this is the need to support the development of Cross Border Trade Associations as an important supporting mechanism to small scale traders.

Congestion is often a big constraint. Adequate provision of infrastructure is regularly a significant problem at borders, but commitments to providing infrastructure specifically for small scale trade is of paramount importance.

Women are more likely to fall victim to harassment and corruption at the borders. It is crucial that they are encouraged to use formal channels and have access to harassment reporting mechanisms, as well as appropriate sanitation and security facilities.

Finally, for governments to make informed policy decisions on CBT, better data is needed. Authorities at national and regional level, as well as complementary stakeholders, have primary play a role to play in harmonising and centralising CBT data collection among member states.

If we do manage to act based on what experience has taught us, SADC can and will play a fundamental role in a people-led integration of our economies. 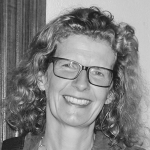 Mirabel Bausinger is a Senior Consultant at Imani Development, with over two decades of experience working in trade facilitation, economic analysis and research, regional integration, and trade negotiations, and has worked extensively in East and Southern Africa for the past ten years.

She has successfully completed assignments for clients such as the World Bank, GIZ, various RECs (including SADC and the EAC), and the Foreign and Commonwealth Office of the United Kingdom. She holds an MSc in Economics for Development from the University of Oxford in the United Kingdom

[2] BIEAC, Formal Recognition of the Role Played by Informal Cross-Border Trade is the Start of Developing Measures to Address its Challenges within the EAC, 2010