Design and build or build and make do? Insights into effective OSBP implementation by Katlego Nkgudi

The One-Stop Border Post (OSBP) concept is one that has been adopted and implemented across the African continent with some degree of success. While frameworks and guidelines for its implementation exist, the challenges met when implementing OSBPs are country and context specific. Imani Development has helped operationalise border modernisation interventions such as the OSBP across East and Southern Africa. Imani’s work on the Kazungula OSBP between Zambia and Botswana (2017-2018) is the latest example of an assignment that has led to key insights into the design and implementation of OSBP systems.

To fully understand the context of OSBPs as a trade facilitation measure, it is imperative to consider the conditions of bilateral trade that have existed in the last century. Cross-border trade has been characterised by inconsistent customs procedures, irregular and ad hoc taxation of goods, vehicles and travellers (Preuss, 2017). Further complicating the situation are other factors such as inadequate physical infrastructure and numerous agencies conducting different and increasingly divergent procedures on both sides of the border, leading to duplicated processes, inflated costs of trade and delays (OECD, 2011).

The current situation inside the border control area at Kazungula is a good case in point. There are human and infrastructure obstacles that limit the ability of the border to be a value-adding trade corridor. 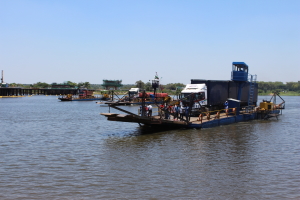 Infrastructure at the border is inadequate to facilitate smooth and efficient traffic flows on both  the Zambia and Botswana sides. The road infrastructure is not extensive enough, evidenced by  narrow, deteriorated roads, limited turning circle space and inadequate parking.  Large cargo trucks, passenger vehicles and travellers need to use a pontoon (or river barge) to  cross the river border between Zambia and Botswana, causing long queues on both sides of the  border. Additionally, there are limited ablution facilities for drivers spending an extended period  at the border due to traffic and process delays. Also, regarding infrastructure, the ICT  connectivity  presents a challenge to the efficiency of border clearance processes. The current  situation is that there is no interconnectivity between the two sides of the border. The Zambian Revenue Authority (ZRA) Customs Division which runs the border control zone in Zambia operates on the ASYCUDA++ World ICT system, as opposed to the Customs Management System (CMS) that Botswana Unified Revenue Service (BURS) migrated to in recent years. Further stifling process efficiency is the lack of connectivity between other governmental agencies (OGAs) and Customs authorities, resulting in the need for separate manual inputs by officials from various agencies such as the Ministry of Health or Ministry of Environmental Affairs, into the Customs database, further delaying the clearance process. 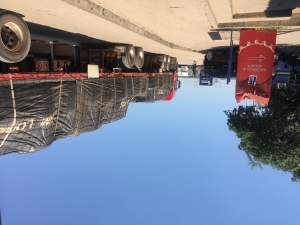 Regarding human related challenges, resource and capacity issues such as short-staffed border authority offices limit the possibility of quick  and easy processing of vehicles and passengers. Clearing agents submitting applications on behalf of traders far outnumber the ZRA agents conducting physical checks and processing paperwork. Additionally, the time delays ranging from 3 hours to 7 days for cargo trucks crossing at Kazungula have fostered a vibrant illicit economy at the border. This comes with additional challenges such as the presence of opportunistic racketeers that impose ad hoc levies on drivers, increasing business or trade operating costs. One such example is a group emanating from the nearby village operating a crime protection racket at night, charging drivers between $5 and $20 per night for guarantees of safety for themselves and their cargo.

OSBPs as an intervention can be viewed as a logical and necessary response to tariff and non-tariff barriers that have grown over time and stifled the ability of cross-border trade to contribute meaningfully to economic growth. Inconsistent tariffs, penalties and ad hoc checks by border control staff contribute to inefficiencies at the border. Thus, training and sensitization of border agency staff is essential to ensure infrastructure upgrades are complemented by new processes. Considering this, capacity building for border agents is a critical component of effective OSBP implementation as it helps border authority staff to understand the negative effects that ad hoc checks and taxes have on trade. Ongoing staff retention measures also need to be put in place to mitigate the need for repeat training.

The process of setting up an efficient and effective OSBP needs to be an integrated one where the planning and design of the standard operating procedures (SOPs) for clearance processes, ICT infrastructure and physical infrastructure happen simultaneously. When the planning of these essential elements is done in isolation, the risk of reverting to pre-OSBP delays is increased. The JICA OSBP Sourcebook also notes “designing OSBP facilities in the absence of operational procedures and without involvement of end users results in border structures that are not aligned to process flows” (NEPAD Planning and Coordinating Agency, 2016). A design and build process, as opposed to build and make do, ensures that soft infrastructure and hard infrastructure are aligned with the intended process flows which will create efficiencies in processing and clearance times at border posts. 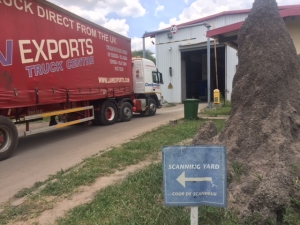 While Imani has heeded this ethos, it is critical that all consulting and implementing partners are using the design and build principle as a guide. Hence the proper coordination of  implementation  partners and suppliers is important. Currently at Kazungula, while there is a  significant level of coordination between the project implementors, some misalignment between  the main project financiers and the implementing partners has made it more difficult to  coordinate for sequential implementation of the critical components. This resulted in the partial  construction of the OSBP office facilities prior to the finalisation of ICT infrastructure planning. While this issue has been mitigated, it could have presented a challenge for proper ICT equipment installation. 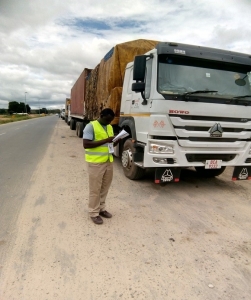 Toward establishing an efficient OSBP, a time release study (TRS) was conducted by the Imani team in order to establish a baseline for the measurement of improvement. The TRS methodology included the physical tracking of cargo vehicles across several “check points” which were manned by enumerators. Average times were then calculated to determine how long it takes in general for cargo vehicles to cross the border, in particular, how efficient the individual clearance processes are for goods in transit, being exported and being imported. In addition to being useful in quantifying time taken to cross the border, the TRS also helped in understanding the clearance processes for various types of cargo.

In light of all these lessons, the implementation of an effective OSBP needs to consider ICT, human resources, physical infrastructure and SOPs, while also making sure these critical components are upgraded in tandem with the upskilling of staff. Because each of these components require specialized skills sets, a well-coordinated implementation team is necessary to ensure the process happens in a collaborative manner (McLinden, et al., 2011).

The new OSBP will include a juxtaposed design that enables vehicles and travellers to complete customs formalities only in the destination country, rather than needing to complete clearance procedures on both sides of the border (DBSA, 2009). With the improvements in infrastructure (physical and ICT) as well as SOPs and the harmonization of customs and immigration processes on both sides of the border, we project that the average clearance time for all vehicles will be reduced from several hours and sometimes days, to under 3 hours. 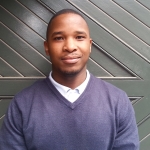 Katlego Nkgudi is a Junior Consultant at Imani Development with experience in agriculture, trade development, rural development and youth entrepreneurship. Katlego was part of the field research team that successfully carried out the Time Release Study and business process mapping for the Kazungula OSBP project.

He holds a Bachelor’s degree in Political Science and Sociology, and an Honours in Public Policy and Administration from the University of Cape Town (UCT).