The poverty, growth and inequality triangle by Sean Schwager

Poverty reduction is a social imperative that society largely agrees on. From this agreement emerges two starkly divergent schools of thought which dominate news headlines and public discourse. We often hear the term “trickledown economics”, the idea that economic growth within an economy is the best way to reduce poverty and benefit those at the bottom. This is the philosophical grandchild of Adam Smith’s “Invisible Hand” and is rooted in the notion that if there is more wealth to go around, we will all benefit. This is supported by Kraay (2006) who showed in his study of 80 developing countries that the correlation between poverty indicators and the average income are all negatives. On the other hand, some believe that it is systemic inequality within our society that is the primary driver of poverty, and that only by closing the wealth gap can we bring more people out of poverty. Ravallion (2001) proved on the basis of an econometric study that, countries having higher average income per head register a reduction of poverty from 1.3% under a high level of inequality, while the reduction is 10% under a low level of inequality.

In the contemporary debate around poverty it often appears that these two schools of thought impose a dichotomy; if you want to pursue growth driven poverty reduction you are asserting that inequality is less important, and vice versa. This has in turn lead to a narrative framed as a zero sum game – my side versus your side. But is this necessary true? Are growth and inequality diametrically opposed when it comes to tackling the issue of poverty?

The first theoretical foundation that focuses on the relationship between growth and inequality is the Kuznets hypothesis (1955) based on a curvilinear relationship between growth and income inequality – otherwise known as the inverted U-curve. Guiga and Rejeh (2012) discuss the implications of the U-curve, whereby countries in early stages of development use inequality to concentrate resources in the hands of those who can save and invest more. As the country grows and becomes more industrialized, there will be a greater investment in technology and human capital, taking the place of investment in physical capital, which will lead to a reduction in inequality while maintaining growth.

However, studies of the Kuznets hypothesis showed the absence of a significant relationship between inequality and growth. Alesina and Rodrik (1994) and Persson and Tabellini (1994), showed that where inequalities are too high, they induce a demand for redistribution and a high level of taxation that discourages investment in human and physical capital which is detrimental to growth.

Is all poverty created equal?

It’s not only the drivers of poverty that spark disagreement, but even the definition. One could argue, for example, that poverty is a fixed number which would allow someone to purchase goods and services that are physically and socially essential: this definition is called Absolute Poverty. On the other hand, one might say that poverty is not defined in terms of basic needs, but rather as a fixed proportion of how much people are earning in general, as well as giving consideration to factors such as health, education and standard of living: this would refer to Relative Poverty.

If Absolute Poverty is the prime directive of developmental strategy, then one is asserting that the fundamental goal is to satisfy basic needs for the most people. On the other hand, Relative Poverty is largely independent of growth and is only concerned with how evenly earnings are spread amongst people; this idea likens inequality itself to a form of poverty. Under the relative definition, one might come to believe that if inequality “is” itself tantamount to poverty, then it stands to reason that reducing inequality is the best, if not the only, effective strategy to pursue.

That being said, is either strategy more effective than the other? As indicated earlier, framing the debate this way creates a false dichotomy. Under the Relative Definition, a society in which all persons are equally poor could still be considered more desirable than one in which at least some are able to afford basic amenities. Under the absolute definition, the ambition of development extends only so far as to grant the bare minimum to many people, while giving little thought to the opportunities from which those people are being excluded. Excluding the majority from access to a higher quality of life seems like an unjust blueprint for society. Similarly, an equal society of impoverished citizens would ultimately benefit no one – it would be fairness for fairness’ sake, while overall suffering continues unimpeded.

If no one is wrong, who is right ?

In 2003, former Chief Economist of the World Bank Francois Bourguignon popularized what he called “the Poverty Growth Inequality Triangle” (or PGI Triangle). This model was intended to justify, and elaborate on the idea that a change in poverty within an economy can be fully determined by the change in income growth and the change in income distribution. The mechanics underpinning this model are somewhat intuitive, yet also subtly less straightforward. While both inequality and growth affect poverty directly, they also interact with each other in a way that leads to indirect effects on poverty.

To illustrate this point, consider a community that is getting wealthier. The members within that community would be able to buy more goods and services, in turn providing income to the providers of those goods and services, who themselves will look to spend more. As such, income growth will bolster an economy through interconnected pathways that result in more people being able to afford a better quality of life; growth can be seen to directly impact poverty reduction. However, income growth can also lead to an increase in inequality when that growth occurs in businesses that employ fewer people in low-skill positions and rely more heavily on a smaller number of highly qualified individuals operating advanced machinery. These would be jobs in industries like finance, insurance or real estate. When these businesses earn more it leads to a smaller group of workers earning relatively more, pushing them even further away from the rest of the population and increasing inequality.

Inequality itself has a direct link to poverty if you are defining poverty in absolute terms. Let’s say you were to take some amount of money and distribute it equally within a population, such that the average per person could buy food, shelter, clothing and other necessities; in this scenario you would have zero poverty. However, as inequality shifts, and resources are taken from the majority and given to a smaller group, more and more members of that population would be unable to afford those same necessities, forcing people below the poverty line. But inequality also influences growth, resulting from both the level of inequality at a given point in time as well as changes that may occur over time. The PGI Triangle argues that high levels of inequality are typically associated with slower income growth, while any future reductions in inequality are generally growth-enhancing. This would mean that even though income growth itself would decrease poverty, if that growth drives further inequality within an economy then the resulting force may be large enough to offset those gains all together, with the end result being that people are worse off than they were in the first place. This was empirically tested by Deininger and Squire (1998), who conducted a cross-sectional regression of 44 countries for the years 1960 and 1992 to clarify the impact of inequality in land distribution and income growth. The estimation results show that an increase of one standard deviation of 0.4 points in the Gini coefficient causes a decrease in average growth rate per capita of 0.4 percentage points.

The overall effect of growth on poverty reduction turns out not to be constant across economies with different levels of development and inequality. This also applies to the effect of inequality on poverty. In general, both effects are higher in more developed economies, and lower in economies with greater inequality. While both growth and inequality play a major role in changes of poverty, their effectiveness depends on how much people are earning, and how evenly those earnings are spread amongst people. The broader message one could take from the PGI triangle is that the real challenge in establishing a development strategy for reducing poverty lies in the interaction between income growth and income distribution, and not in their individual relationships with poverty.

While both philosophies are theoretically correct, the significance of each position, as it pertains to poverty, is dependent on the magnitude of the other. Income inequality is a crucial factor in alleviating poverty, but without simultaneous growth any efforts to peruse poverty reduction through redistribution would be like running a marathon with weights strapped to your ankles.

On the flip side, ideas like “trickledown economics” are indeed rooted in some sound economic theory, but surely we can strive for more than a fraction of a percentage point in poverty reduction for each additional million that we earn? Our own philosophies, opinions and general leanings are as near and dear to us as they should be, because we have given them a lot of our time and energy. However, we can still learn a great deal from one another in the open collaboration of thoughts and ideas, and the pursuit of compromise. Single minded interventions often miss the mark due to the fact that they hold a single piece of a complex puzzle. Redistribution and economic growth should not be on opposite ends of a political debate, but rather be viewed holistically as the complementary ideals that they truly are. If we are to succeed in bringing more people out of poverty our efforts need to address the root causes together and in their totality. 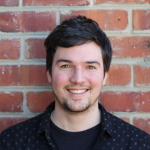 Sean Schwager is a Junior Consultant at Imani Development. Sean is mainly involved with business development and general research. He holds a B.Com Management Studies degree specialising in Economics, from the University of Cape Town. Sean spent part of his studies in Computer Science, Actuarial Science and Mathematics, and worked briefly as a Software Tester. This background in computational sciences feeds into his primary interests in data management and analytics.